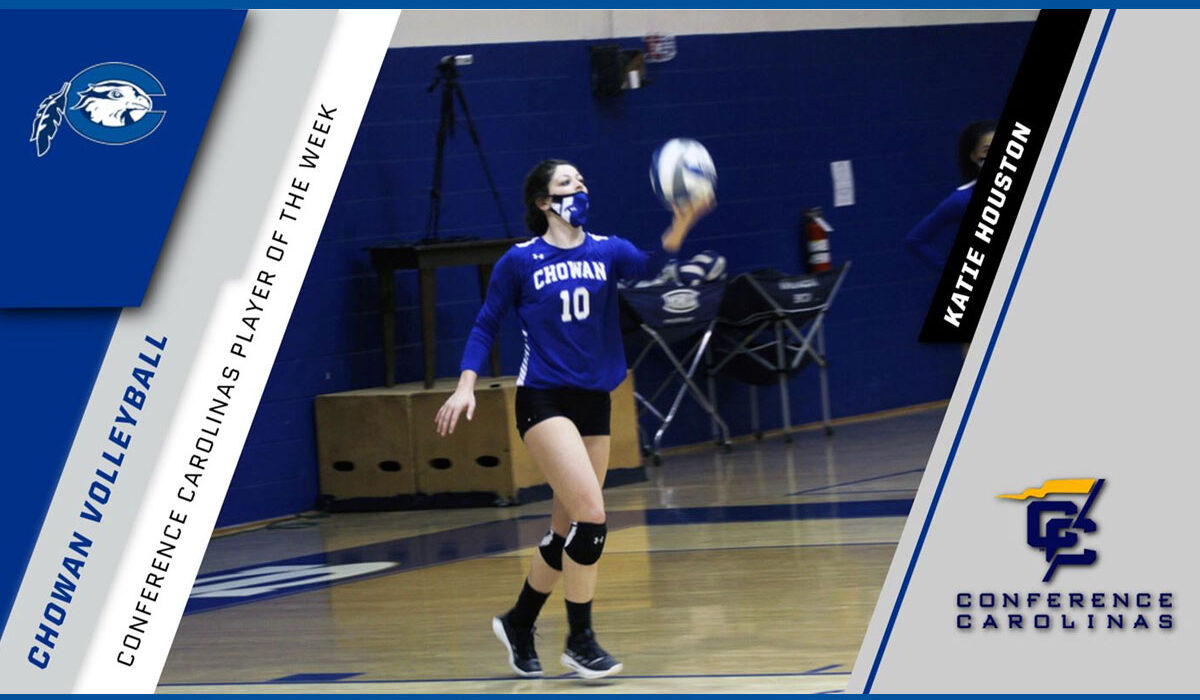 GREENVILLE, S.C. – Katie Houston of Chowan and Savannah Ducote of Converse have picked up the women’s volleyball weekly awards for Conference Carolinas.

Houston was tabbed as the Player of the Week, while Ducote garnered Specialist of the Week accolades.

A senior from Pink Hill, North Carolina, Houston put together an impressive all-around week with 71 digs and 26 kills in three matches. She had a double-double with a career-best 15 kills to go along with 26 digs in a match with Converse. She had a season-best 31 digs in a win over Southern Wesleyan.

A junior from Lexington, South Carolina, Ducote averaged 11.12 assists per set in two matches last week. In a win over Chowan, Ducote had a double-double with 50 assists and 17 digs. Ducote also had three service aces last week.