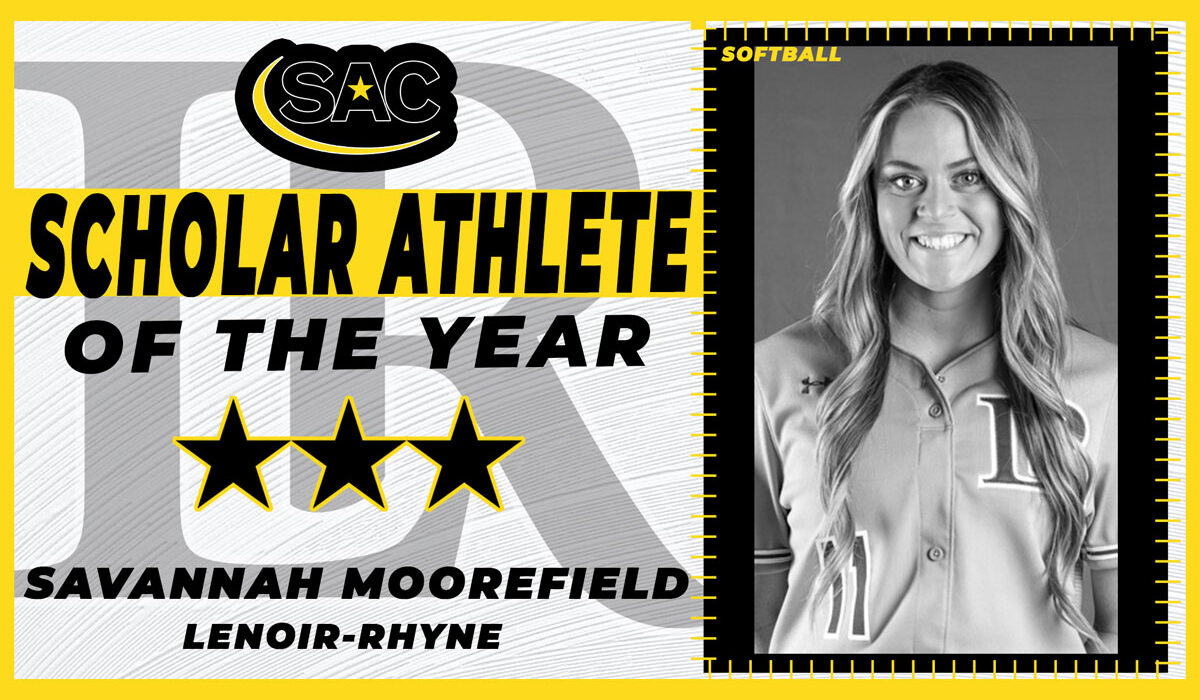 ROCK HILL, S.C. – Lenoir-Rhyne’s Savannah Moorefield was voted the 2022 South Atlantic Conference Softball Scholar-Athlete of the Year. This is the first time Moorefield has received this honor.

The South Atlantic Conference Scholar-Athlete of the Year award is presented annually to one student-athlete in each of the Conference’s championship sports and is voted on by the SAC’s Faculty Athletic Representatives Committee. The winners are selected based on their achievements in academics, athletics, service, and leadership.

“It was a privilege to coach Savannah,” said head coach Shena Hollar. “She is not only a great student athlete but also a great person. She is well deserving of this award.”

During her first year as a Bear, she appeared in 55 games totaling 44 runs and 28 RBI’s while also winning the SAC Regular Season Championship Title. Moorefield’s sophomore and junior years were nothing short of amazing as she started and played in all games and totaled nine home runs, 41 RBI’s and 82 runs scored between the two years. She continued to build on her ever-successful career by playing in all games her senior and graduate year while also breaking the school record for game hitting streak with 22 and earning All-SAC First Team in both seasons.

Moorefield was dedicated not only to her academics and schooling but to serving her community as well. In all five years, she served the Gathering House of Ministries, participated in Operation Christmas Child Box and Community service events on and off campus. She was also selected to join the Bears Leadership Academy for athletes who show leadership qualities and obtain leadership roles on their sports team.