Sims nets two in upset win over No. 10 Lander 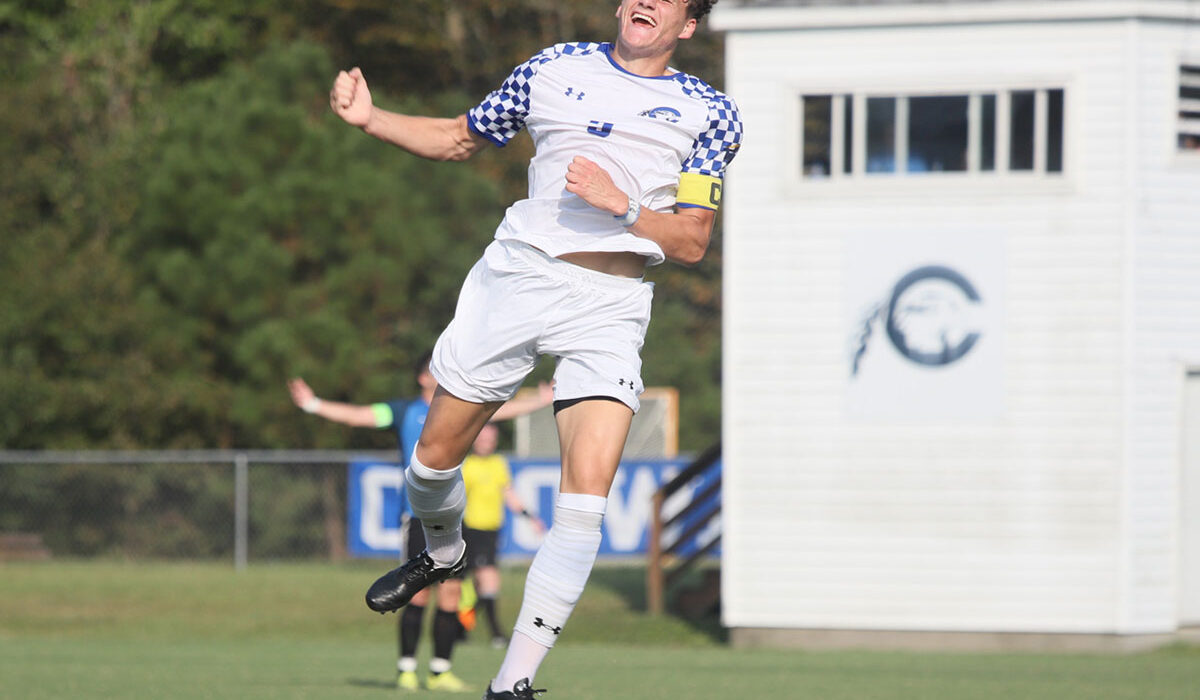 Toby Sims scored two goals in the final 15 minutes of action to give the Hawks the victory.  Harri Lovett, Alejandro Abreu-Cruz and Tren Drexhage tallied assists on the Sims goals.

The victory is the first over Lander and first over a nationally-ranked opponent since September 23, 2017 when the Hawks defeated Lees-McRae 3-2.

Charlie Farrar posted five saves to pick up the win in goal.

Tren Drexhage tried to put the Hawks on the board early as his header was on target but was denied by the Bearcat keeper in the 2′.

Lander posted one shot on frame in the half that was saved by Charlie Farrar.  Neither team had more than one chance in the half as the physical play led to a stalemate at the intermission.

In the 52′, Erik Ruiz had his shot attempt blocked.  The attempt led to a counter-attack by Lander forcing Charlie Farrar to make a save.

Charlie Farrar was forced into action in the 66′ on a header off a corner kick to keep the score level.

Lander would take a 1-0 lead in the 70′ to break the stalemate. The Bearcats tried to make it 2-0 as Charlie Farrar made two saves to keep the score at one goal.

The Hawks were able to find the equalizer in the 76′ as Harri Lovett and Alejandro Abreu-Cruz delivered a corner kick and found Toby Sims for the goal.

Toby Sims would find the back of the net again in the 87′ off an assist from Tren Drexhage to give the Hawks a 2-1 lead.

The backline for the Hawks would not concede a shot in the final four minutes of play.

Chowan will look to continue the momentum as the Hawks open the Conference Carolinas slate on Saturday, September 11 against North Greenville at home.  First touch is slated for 3pm.