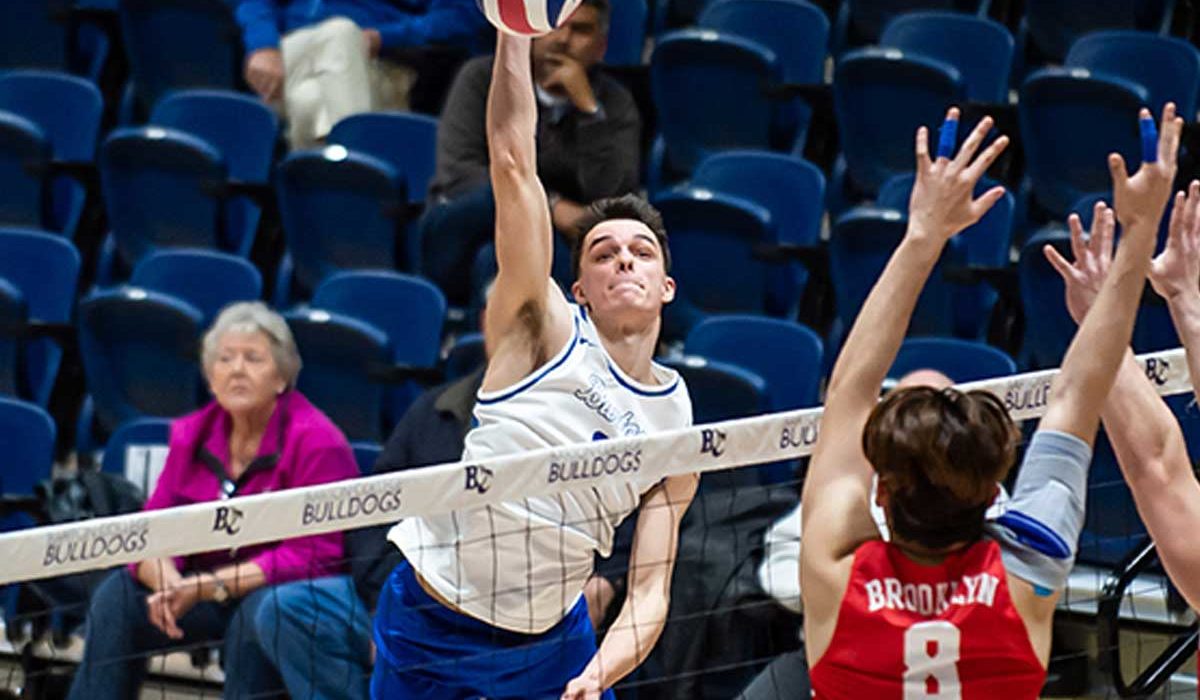 The Bulldogs used tremendous balance with six players with at least eight or more kills and were led by freshman outside hitter Nicolo Mancin (Montecchio Maggiore, ITALY) with a career-high 18 kills while senior right side hitter Angelos Mandilaris (Chalkida, GREECE) added 11 kills as Barton improved to 4-0 at home this year.

Barton senior middle blocker Absalon Williams (Las Vegas, Nev.) finished with 10 kills and hit .500 for the match and the Bulldogs were able to overcome 24 service errors for the victory.

The Terriers were led by Dominick Pikura (Lindenhurst, N.Y.) with 10 kills but St. Francis Brooklyn hit just .122 for the match and was able to rally from a 2-0 deficit to force a fifth and final set in the losing effort.

Barton returns to Conference Carolinas play on Friday when the Bulldogs host rival King (Tenn.) in a league showdown at 7 p.m., while St. Francis Brooklyn faces Mount Olive on Saturday at 4 p.m., in Mount Olive, N.C