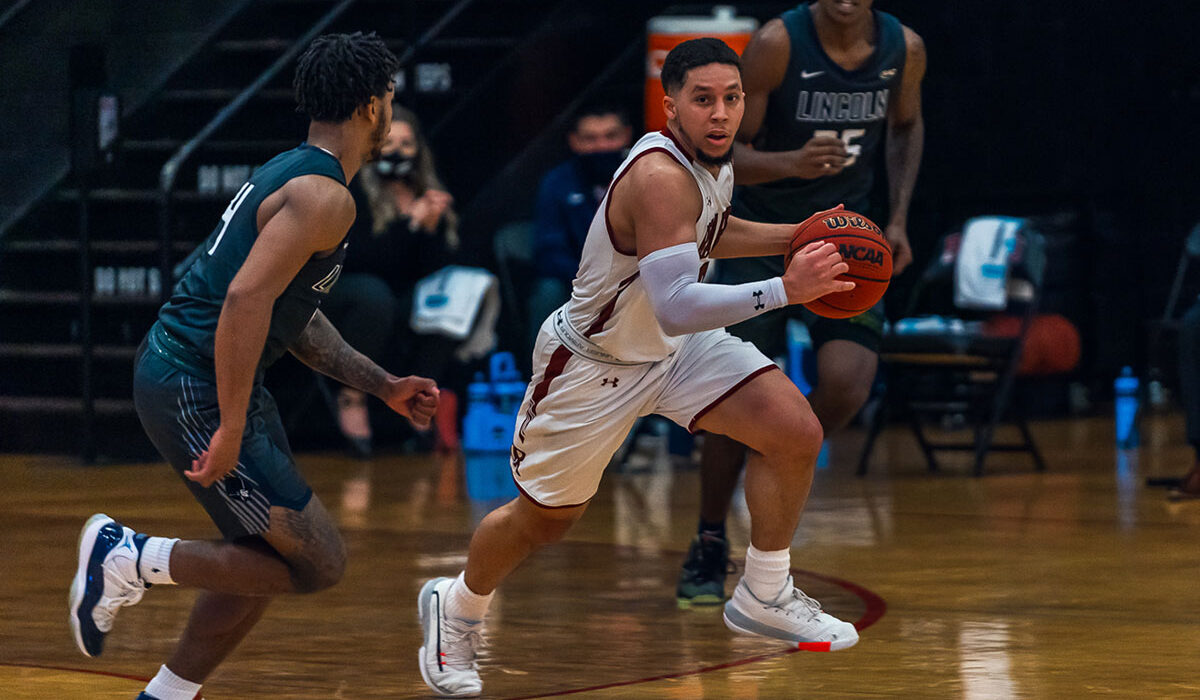 HICKORY, N.C. – The Lenoir-Rhyne men’s basketball team halted No. 2 Lincoln Memorial’s 39-game winning streak and handed the Railsplitters an 89-83 defeat inside Shuford Gymnasium on Saturday evening . The win over LMU was the highest-ranked team LR had ever beaten and just the second win over the Railsplitters since 2010.

The Bears (3-1, 3-1 SAC) have 12 wins over nationally-ranked opponents since 1989 and Everick Sullivan has engineered five of those victories including tonight’s win over LMU (7-1, 5-1 SAC).

The Bears handed LMU its first loss since Nov. 1, 2019, and have given the Railsplitters two of their past four losses dating back to the end of the 2018-19 season.

It was all Lenoir-Rhyne in the first 20 minutes tonight as the Bears exploded out of the gate and built a 45-29 advantage going into the break.

As was expected, LMU came out firing on all cylinders in the second half and hit seven of their first 10 from three-point range.

The 16-point halftime deficit was cut to one with 11:24 to play as the reigning conference champs wouldn’t go away without a fight. For the first time in 22 minutes of game action. LMU took the lead at 71-70 with 5:03 to play but the Bears came roaring back

Mason Hawks would answer with a smooth step-back 3-pointer to give LR the lead back and freshman Tim Steele buried a triple on the next possession as LR would have the lead for good. Armon Muldrew, Gunn and Hawks all hit clutch shots down the stretch and LR wouldn’t miss from the FT line to close out the victory.

Lenoir-Rhyne led for 34:01 of the game and never trailed by more than four points.

After being held in check in the first half, Whitfield caught fire in the second half and finished with 21 points. Four players scored in double figures for LMU, but foul trouble was a big factor in this one as Cameron Henry and Jordan Guest fouled out and Whitfield and Xavier Bledson each finished with four fouls.

The Bears jump right back to action on Monday when they travel to Anderson for a 5:30 p.m. tipoff.